Mohammad Hafeez-led Pakistan, take on Australia in the first T20 match at Dubai on Wednesday. 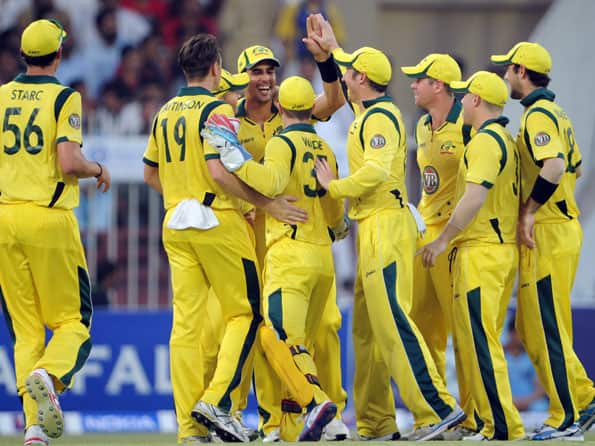 Mohammad Hafeez-led Pakistan, take on Australia in the first T20 match at Dubai on Wednesday.

Captain Michael Clarke praised a professional Australia on foiling Pakistan’s bid to win a limited over series, saying the players were really proud of their performance.

Australia edged out Pakistan by three wickets in a hard-fought third and final match here early Tuesday, preventing their rivals from winning a limited over series for the first time in ten years.

Australia won the first match at Sharjah by four wickets before Pakistan levelled the series with a seven wicket win in Abu Dhabi.

The victory meant Australia, who had fallen to world number four in one-day rankings, bounced back after their 4-0 thumping by England in a one-day series in July.

Australia successfully chased down a challenging 245-run target on the back of contrasting half-centuries from Michael Hussey (65) and Glenn Maxwell (56 not out), overcoming a serious threat from off-spinner Saeed Ajmal who took 3-37.

Australia not only combatted the spin well but also the sapping heat and perturbing humidity during all three matches, with the temperature rising to 35-plus even though the start to the matches had been delayed to 6:00 pm in the evening.

Pakistan win toss, elect to bowl against Australia in the first T20 match at Dubai