Catch the Live Score of the first Test between Pakistan and Australia here.

Australia will face Pakistan in the first Test of a two-match Test series on Wednesday. Visitors Australia have emerged victorious in the only Twenty 20 International (T20I) and three One-Day Internationals (ODIs) they’ve played so far on this tour. However, they lost the warm-up match against Pakistan A. Pakistan are without the services of their premier spinner Saeed Ajmal, who would have been a strong force on the Dubai wicket. 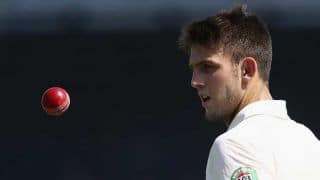