The series is level at 1-1 and fortunes have swung from one side to another in a short span of time. The fickle nature of the format also means that it will be difficult to choose a clear favourite between Pakistan and England before the decider. 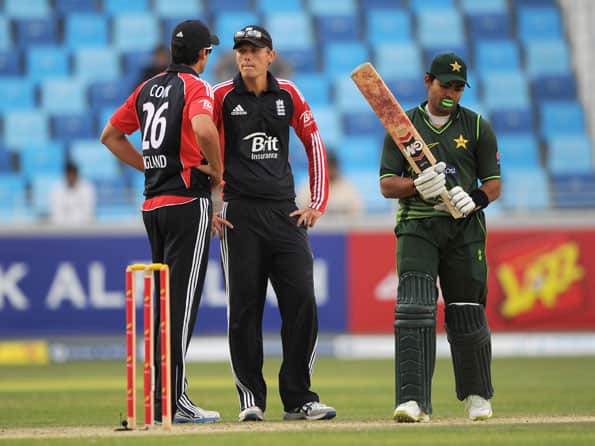 The series is level at 1-1 and fortunes have swung from one side to another in a short span of time. The fickle nature of the format also means that it will be difficult to choose a clear favourite between Pakistan and England before the decider.

Both teams have men who can change the nature of the game within a few balls and the side that handles the pressure better, as always, will hold the edge. With the World T20 coming up in a few months, the players from either side will be keen to give it their best for this provides them the ideal opportunity to get noticed.

It has been all downhill for Pakistan in the limited overs format against England. Their only win was the first of the T20Is. The batting order is filled with either inexperienced and/or inconsistent players. Umar Akmal has not matured as quickly as Pakistan would have liked. For Awas Zia, Asad Shafiq and Hammad Azam, this could be the last chance to prove themselves.

The bowling remains Pakistan’s strength. In Umar Gul, Saeed Ajmal and Shahid Afridi, they have three men who have proven to be match winners in the past. Adding the off breaks of Mohammad Hafeez and Shoaib Malik gives the attack more depth and potency. Pakistan will need nothing more from their bowlers but to repeat what they have consistently done in the recent past.

England have shown that they are not ready to be treated as pushovers in the shorter formats. The intent was there for all to see in the ODIs and it has rubbed off to T20Is too. The manner in which they defended 150 in the previous game to stay alive in the series is a case in point.

They have shown that they are pretty clear in their thinking as to what sort of a batting order works best for them. Kevin Pietersen, right at the top, has multiple roles to play. He can be an enforcer, a senior partner and a game changer with equal adeptness. The other batsmen in the squad too seem to be the best men in England for this format. Jonny Bairstow is one among them and he impressed one and all with his fine innings in the second game.

England win toss, to bat against Pakistan in the third T20 match at Abu Dhabi