In an archetypal game of cat and mouse, Pakistan edged out New Zealand.

The mind-numbing tedium of bilateral One-Day international (ODI) cricket resumes with Pakistan and New Zealand facing off in the second ODI at Sharjah. Hitherto it was nip and tuck in the United Arab Emirates (UAE), but Pakistan took the lead in the first ODI at Dubai.  In an archetypal game of cat and mouse, Pakistan edged out New Zealand with a skimpy three balls to spare. The victory brought to an end a parched run of form for Pakistan in ODIs.

What’s more encouraging for the home side was the uncharacteristic nature of the win. From a hopelessly desperate position, an inexperienced Haris Sohail showed maturity well beyond his years, steering Pakistan home in a hush. In a partnership that oozed tranquility amidst the chaos, Sohail and Shahid Afridi rescued Pakistan from a perilous 124 for six to within touching distance of the New Zealand score of 246. Afridi played a mystifying innings, devoid of risk, yet one that yielded 61 runs from 51 balls. The fact that the veteran was willing to bide his time and build an innings augurs well for Pakistan in the matches to follow. 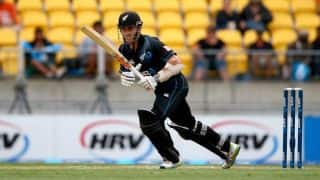 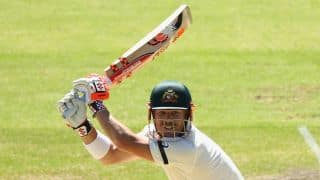