New Zealand captain, Kane Williamson also needs to stand up to the responsibility and fire runs in UAE.

Hello and welcome to CricketCountry’s coverage of the second One-Day International (ODI) between Pakistan and New Zealand at Sharjah. I am Ayush Gupta and I will be bringing all the updates of the match to you here.

Pakistan defeated New Zealand in the first ODI played at Dubai by three wickets and took 1-0 lead in the five-match ODI series. Ross Taylor stood out for New Zealand as he remained unbeaten on 105 and took his team to a total of 246 runs in the stipulated 50 overs. While chasing the score, Shahid Afridi and Haris Sohail led the Pakistan team to an exciting win.

Taylor who has been supreme form lately would like to strike in the second ODI as well. New Zealand captain, Kane Williamson also needs to stand up to the responsibility and fire runs in UAE.  In the last ODI played at Dubai, no New Zealand batsmen could really make most of the opportunity.

For Pakistan, Sohail remained unbeaten on 85 and took Pakistan to three wicket win over New Zealand. Mohammad Irfan was the pick of the Pakistan bowlers as he picked up three for 57 in 10 overs. Wahan Riaz also chipped in with two wickets. 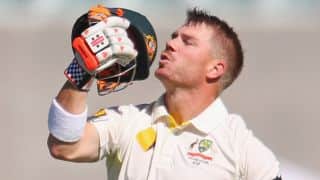