Hello and welcome to CricketCountry’s live cricket score and updates' post for the first One-Day International (ODI) of the three-match series between Pakistan and West Indies at Providence.

Good Evening! Hello and welcome to CricketCountry’s live cricket score and updates’ post for the first One-Day International (ODI) of the three-match series between Pakistan and West Indies at Providence. I am Ayush Gupta, and I will be bringing all the live happenings from the social media universe as well as highlight the significant events of this contest. Amidst the hullaballoo of the 10th season of Indian Premier League (IPL), hosts West Indies and Pakistan will play the first ODI of the three-match series at Providence on Friday, April 7. The match, a 7-PM start according to IST, will almost coincide with the start of the Gujarat Lions – Kolkata Knight Riders clash, around 12,000 kms away in Rajkot, and leave the cricket fans spoilt for choice. The ODI series comes after a keenly-fought four-match Twenty20 International (T20I) series, which the visitors won 3-1. It was lot closer than the score line suggests, as Pakistan won the second game by mere 3 runs. Full Cricket Scorecard: Pakistan vs West Indies, 1st ODI at Guyana

Nevertheless, West Indies have yet another chance to make amends and avenge the T20I series loss, when the ODIs begin. They are heavily depleted, with plenty of first choice players unavailable for the series. Notable omissions include the likes of T20I skipper Carlos Brathwaite, Kieron Pollard, Lendl Simmons, Sunil Narine and Samuel Badree, who were a part of the T20I squad but have been omitted from the ODI squad and are currently in India for the IPL.

Pakistan, on the other hand, have no such selection worries with all their players available for the series. They are coming into the series with momentum firmly being on their side. A successful season of Pakistan Super League (PSL), which gave them new stars like Shadab Khan and Fakhar Zaman, followed by the T20I series win has given Pakistan a clear advantage coming into the ODIs.

The Sarfraz Ahmed-led side will look to make the most of these games ahead of the ICC Champions Trophy in England in June this year. West Indies, who are not a part of the 8-team Champions Trophy, will also have some motivation coming into the series. If they win all three ODIs, they will leapfrog Pakistan to 8th position, less than six months before the cut-off date of September 30 for direct qualification to the 10-team 2019 World Cup in England. Currently, Pakistan are ranked 8th and West Indies 9th in ODIs. 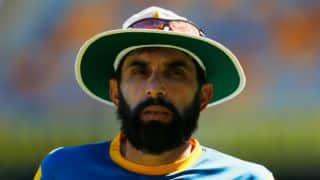 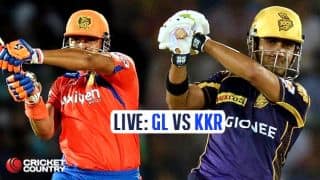