It will be clash of the West Indian batsmen and Pakistani spinners.

It will be interesting battle to watch out for as Pakistan and West Indies face in a do-or-die contest at Dhaka on April 1, with the winner gaining entry into the semi-finals and the losers going back home.

Both teams are coming on into the contest with two wins and one loss each and the match will mainly be a clash between the big-hitting West Indian batsmen and the wily Pakistani spinners.

The interesting thing about the clash is that of both teams having beaten Australia in the group stages which only adds to the excitement of the contest.

Pakistan will look upon the in-form Ahmed Shehzad and Umar Akmal to bolster their batting whereas the West Indies will rely on spinner Samuel Badree to cast a net on Mohammad Hafeez’s men.

Hafeez has a trump card up his sleeve in the form of the crafty Saeed Ajmal and his form will definitely be crucial for Pakistan’s success in the game. 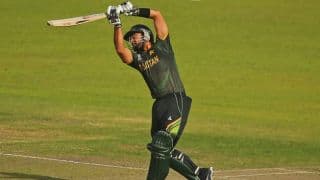 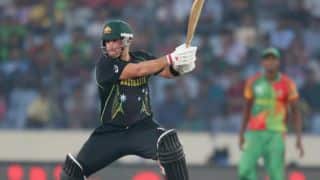