(The Round one of Ranji Trophy 2014-15 starts from today. Catch live updates of Day 1 of all matches here)

Score Updates at Stumps on Day 1

Update about the big players

Gautam Gambhir gets his first century of this domestic season in the game against Sourashtra on a difficult track. He finished the day with a 102 not out.  Yuvraj Singh has also scored a half-century for Punjab. Important knock for him. Virender Sehwag though missed out. He came to bat at number four in the batting order, but unfortunately ran himself out for 9.

At Bangalore, the fav four of Karnataka – Robin Uthappa, Manish Pandey, Karun Nair and Start Binny, all had poor outings as they got out cheaply. Manoj Tiwary of Bengal also missed out on a big score.

That J&K have dismissed Mumbai in 61 overs on day one of the 2014-15 #RanjiTrophy reflects how the gaps are closing in domestic cricket.

19 players made their first-class debut in the first round of the 2014-15 #RanjiTrophy, with Mumbai and Services inducting three faces each. — Sidhanta Patnaik (@sidhpat) December 7, 2014

Punjab are 115 for 2 against Haryana. Amitoze Singh and Mandeep Singh are in the middle for them! #RanjiTrophy — Zaid 😉 (@iam_zaid) December 7, 2014

Lunch taken at Karnail Singh with MP at 78/4. Anureet and Upadhyay have picked up a wicket each. #RailwaysvMP #RanjiTrophy — Aditya Bhattacharya (@aditya_bh16) December 7, 2014

Bengal 38/0 after 15 overs vs Baroda. Arindam Das and Rohan Banerjee are the crease. Ambati Rayudu is not playing for Baroda.

At Bangalore Tamil Nadu win the Toss and decide to field first.

At Baroda Bengal is batting first against Baroda.

In Mumbai, hosts Mumbai win the toss and opt to Bat vs J&K.

At Pune Odisha win toss and decide to Bat against Maharashtra.

In Delhi Saurashtra win toss & choose to Field against Delhi.

Tripura is batting first against Assam.

Hyderabad is batting first against Andhra.

Punjab is batting first against Haryana.

Goa is batting first against Kerala.

At Jaipur Gujrat is batting first against Rajasthan.

Hello and welcome to CricketCountry’s coverage of Ranji Trophy 2014-15. I am Sandipan Banerjee and I be will be bringing updates of all the matches of Round one here.

In Group A, all eyes will be on Robin Uthappa, Manish Pandey and Stuart Binny, the trio who are looking to make the final cut for the ICC World Cup 2015, as defending champions Karnataka begin their Ranji Trophy campaign against arch-rivals Tamil Nadu at Chinnaswamy Stadium, in Bangalore.

At Baroda last season’s semi-finalist Bengal will take on the hosts Baroda. For Bengal, this season has been quite decent so far. East Zone reached semi-finals thanks to some power-packed performances by Manoj Tiwary, Shukla and Ashok Dinda in Duleep Trophy. Bengal cricketers have done well in Vijay Hazare and Deodhar Trophies as well. For the hosts Baroda, the Pathan brothers along with Ambati Rayudu, will be the start attraction of the game.

Seeking their 41st Ranji Trophy title, former champions Mumbai are to open their campaign against Group A minnows Jammu and Kashmir in the first-ever meeting between the two teams in 80 years of the tournament in Mumbai on Sunday. The hosts, despite missing two key batsmen — Rohit Sharma and Ajinkya Rahane who are away in Australia — and Zaheer Khan to open the attack, are nevertheless the favourites in their group game at the Wankhede Stadium.

From Group A there will be another game. Railways, who had done quite well last season, will take on Madhya Pradesh at Karnail Singh Stadium, in Delhi. Hosts Railways will miss the services of Karn Sharma. But players like Anureet Singh, Mahesh Rawat, Arindam Ghosh, Anustup Majumdar will add strength to this team. For Madhya Pradesh, Jalaj Saxena and Ishwar Pandey will be the players who are expected to impress.

In the Group B games, two of India’s finest batsmen Virender Sehwag and Gautam Gambhir will again be the primary attraction as Delhi host Saurashtra in an opening round encounter on a Roshanara Club track.

At Pune last years runners up Maharashtra will face Odisha. At Patiala Punjab wiil host Haryana. Yuvraj Singh and Harbhajan Singh will look to make their mark there. Also in another game of this group Rajasthan will take on Gujarat at Jaipur.

In Group C Andhra will take on Hyderabad, Kerala will play Goa, Services will clash with Himachal Pradesh and Assam will contest against Tripura. 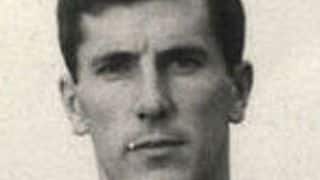 Kent vs Middlesex: Umpires close innings as only three players turn up 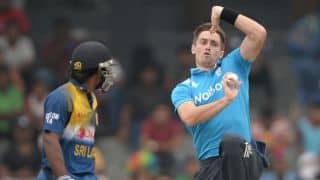