The second round of the ongoing Ranji Trophy commences on Sunday.

(The second round of Ranji Trophy 2014-15 commences on Sunday. Catch the live updates of Day 1 of all matches here)

[Sudip Chatterjee talks with CricketCountry about his performance, Wriddhiman Saha’s innings at Adelaide and many more. Read the full interview here.]

Assam vs Jharkhand at Guwahati

S Badrinath of Vidarbha won the Toss and elected to field first.

Swapnil Asnodkar of Goa won the toss and elected to field first.

Surya Kumar Yadav of Mumbai won the toss and invited Railways to bat first. The match had a delayed start.

[Play has been called off for the day]

Rajasthan skipper Pankaj Singh won the toss and decided to field first. This match was started after a long delay.

H Motwani of Maharashtra won the toss and chose to field first. Another match which had delayed start.

Yashpal Singh of Services won the toss and asked Tripura to bat first but the match has not started yet, due to wet outfield.

Tweets of the day:

After upsetting Mumbai, J & K is in for another giant killing. Batting first, Tamil Nadu are tottering at 201/8. #RanjiTrophy

The pitch in Indore is as green as the outfield #RanjiTrophy pic.twitter.com/gfkNHCrQQ0

Sharath makes for Arvind in the XI… Given his eight-wicket haul wud have been unfair to keep Arvind out.. #karvsbengal #ranjitrophy

Half an hour into the first day of the second round #RanjiTrophy matches, and the bowlers are having a jolly ride around the country.

Hello and welcome to CricketCountry’s live coverage of the first day’s play in the second round matches of the Ranji Trophy 2014-15.

In Group A, Mumbai face Railways at Delhi, hoping to make up for the shock defeat at the hands of Jammu and Kashmir in the first round. The second encounter of the group will be contested between Bengal and Karnataka at Kolkata, with the latter having won their opening encounter against Tamil Nadu. The remaining encounters of the group are Tamil Nadu versus Jammu and Kashmir at Dindigul and Madhya Pradesh versus Uttar Pradesh at Indore.

In Group B, Haryana and Maharashtra face off at Rohtak. Odisha and Gujarat battle it out at Cuttack. Saurashtra will look to recover from the nine-wicket defeat inflicted on them by Delhi and hope for a win against Rajasthan at Jaipur. The last encounter of the group is between Vidharba and Punjab at Nagpur. The Yuvraj Singh-led Punjab will look to maintain their winning ways after their 120-run win against Haryana in the first round.

Group C will see Andhra and Kerala clash at Vizianagaram, Assam versus Jharkhand at Guwahati, Hyderabad versus Goa at the former’s backyard and Services versus Tripura at Delhi. 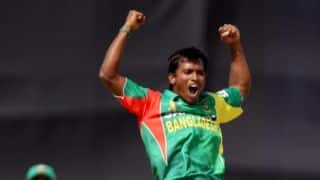 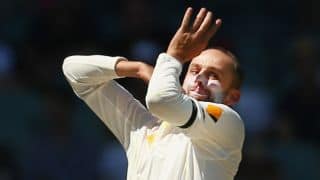