In another, Group B tie, Punjab would take on Saurashtra at Rajkot.

(The fourth round of Ranji Trophy 2014-15 commenced on Sunday. Catch the live updates of Day 1 of all matches here)

Score Updates at Stumps on Day 1

Himachal Pradesh 282/2 vs Assam at Guwahati

Jharkhand 246/6 vs Kerala at Dhanbad

Tamil Nadu 144/4 vs Railways at Chennai

Baroda 291/6 vs Madhya Pradesh at Gwalior

Punjab 327/3 vs Saurashtra at Rajkot

Services 235/7 vs Hyderabad at Hyderabad

Vidarbha 236/6 vs Rajasthan at Jaipur

Yuvraj Singh continues his good form as he finished the day on 95 no out.  Meanwhile at Lahli, Haryana are struggling at 68/7 after three wickets by opening bowler Suryakant pradhan.

Shreyas Iyer brings up his century for Mumbai. He and Abhishek Nayar have put on over 120 runs for the third wicket against Bengal. Nayar too moves past his 50.

Mandeep Singh scores a huge century for Punjab. Yuvraj Singh is batting on 19. Ishank Jaggi could not continue his good form from last match as he is dismissed for nine against Kerala. In another game Yusuf Pathan is out for a duck against Madhya Pradesh.

Yuvraj Singh goes past 350 runs in this season’s Ranji Trophy.

Vidarbha are 84/4 after their skipper S. Badrinath is trapped in front by Pankaj Singh for 47. Jharkhand lose two quick wickets with opener Rameez Nemat (44) and skipper Saurabh Tiwary (4) are out in quick succession against Kerala at Dhanbad. They are reduced to 116 for three after an excellent start.

Mumbai who lost the opening Ranji Trophy 2014-15 tie against Jammu and Kashmir earlier, came back to form after thumping Uttar Pradesh in Kanpur in the Round Three match played at Green Park Kanpur. The motivated Mumbai side would now take on Bengal in Round Four match which will be played at Eden Gardens on Sunday.

Bengal on the other hand started their campaign in a superior note as they pushed apart Baroda in their opening tie. But they lost track as they lost to Karnataka in the next match. It would be interesting to see how they perform against inspired Mumbai side on Sunday. Mumbai on the other hand picked up six new players for their Ranji Trophy tie against Bengal.

In another, Group B tie, Punjab would take on Saurashtra at Rajkot. Punjab defeated Maharashtra in the last match by three wickets riding on some decent performances by Yuvraj Singh, Gurkeerat Singh Mann and Sandeep Sharma. It would be another challenge for Punjab to keep the momentum going in the season.

On the other hand, Saurashtra drew with Gujarat in previous Ranji Trophy tie. Sheldon Jackson was one of the top performers for Saurashtra as fired an attacking 156. 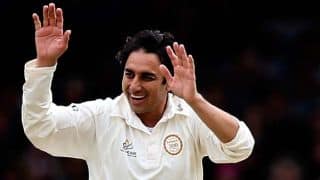