Catch the Live updates of the third day of the seventh round of Ranji Trophy 2014-15.

Hello and welcome to CricketCountry’s live blog of the third day’s play in Round 7 of the Ranji Trophy 2014-15. We will be bringing you updates from all 12 Ranji Trophy matches of this round. In this round, Uttar Pradesh is hosting Bengal in a battle of struggling two teams beginning at the Mohan Meakin ground at Ghaziabad, PTI reported. READ: The new Virat of Indian Cricket

Karnataka are among the strongest contenders in the Ranji Trophy, if not the strongest, and the return of India’s newest Test batsman KL Rahul has only boosted them. They are taking on Baroda at Mysore. They are the current table-toppers in Group A with 28 points thanks to four wins and a draw in their last five matches. Baroda, meanwhile, are at 15 points after five matches, and will look to the talismanic Irfan and Yusuf Pathan to boost them. READ: Ishank Jaggi’s exclusive interview

At the other end of India, Varun Aaron was included in the Jharkhand squad for the match against Hyderabad in the Group C league match at JSCA International cricket stadium. Former champions Mumbai are battling against southern giants Tamil Nadu at Chennai. READ: Punjab captain Mandeep Singh talks to CricketCountry.

The match between Bengal and Uttar Pradesh did not see any play on Day Two after Bengal managed to score 141 for four at the end of Day One. READ: Sudip Chatterjee of Bengal interviewed by CricketCountry 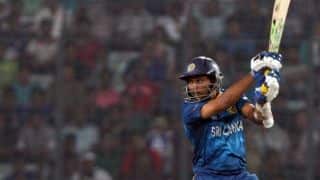