Andrew Strauss and his men would look to end their four consecutive Test matches defeat in the subcontinent when they take on Sri Lanka in the second Test match in Colombo. 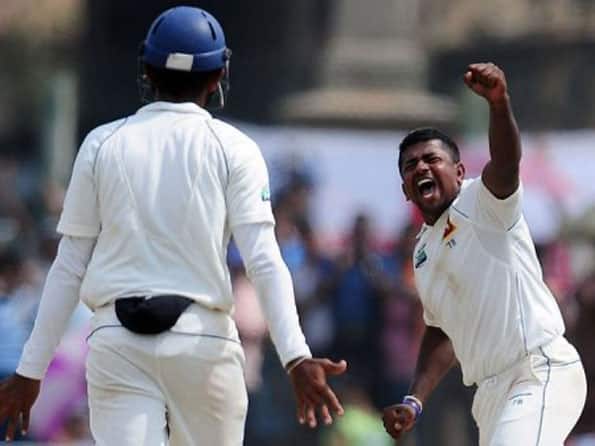 Andrew Strauss and his men would look to end their four consecutive Test matches defeat in the subcontinent when they take on Sri Lanka in the second Test match in Colombo.

The hosts won the first Test of the two match series (their first Test win at home in 18 matches) and need just a draw to pull England from the top of the table. But they do have a lot of questions to answer; the biggest being the form of their top order batsmen. Sri Lanka lost half their side for just 72 runs in both innings, and required a stunning knock from captain Mahela Jayawardene in the first essay to wriggle them out of trouble.

Sri Lanka’s bowling attack depends heavily on spin and their lead spinner Rangana Herath’s good form has already made life difficult for England. The left armer took 12 wickets in the first Test to destroy the visitors, and found good support in off spinner Suraj Randiv. Left arm quick Chanaka Welegedera has been ruled out due to a groin strain and his place is likely to go to Dhammika Prasad.

England’s problems are there for everyone to see: inability to handle spin. The problem seems to have carried over from their dreadful series against Pakistan where they were demolished by Saeed Ajmal and co. Rangana Herath and Suraj Randiv may not look as threatening as the Pakistani off spinner, but they have proved to be too much for this England side. England’s problems start right at the top where their skipper is struggling for form.

England’s bowling, as has been the trend in recent times, is much better compared to their batting. Anderson and Swann picked up five-fers in either innings and have been supported well by the likes of Broad, Panesar and Samit Patel. They were undone by Mahela Jayawardene’s brilliance in the first innings, but they will know that it was a case of good batting rather than poor bowling. Stuart Broad’s injury causes a few selection dilemmas for the visitors – they have to strike the right balance in the eleven as Broad’s batting will be missed too. It is still unknown if England will go in with Finn or Bresnan or bring in both and drop either of Samit Patel or Monty Panesar.

IPL 2012: KKR allowed to use loudspeakers during matches