Catch live updates of the Day 1 of Sri Lanka vs Pakistan, 3rd Test at Pallekele here.

(Both teams have exceptional cricket in this series so far. Which team will have the last laugh? Catch live cricket updates of the Day 1 of Sri Lanka vs Pakistan, 3rd Test at Pallekele here)

Here’s our report of the first day’s play between Sri Lanka vs Pakistan, 3rd Test at Pallekele.

That’s the end of the day’s play. Rahat Ali gets rid of Dinesh Chandimal, trapped in front. Umpire Paul Reiffel initially gave it not out but Pakistan took a review and were successful. Sri Lanka on the cusp of getting bowled out now.

Surprise surprise! Azhar Ali picks up two wickets off consecutive deliveries. He first gets rid Dimuth Karunaratne for a brilliant 130 and gets rid of Dhammika Prasad caught in the deep. Chandimal negotiates the hattrick delivery successfully. But Sri Lanka, despite being in a good position can get bowled out today.

Sri Lanka are now beginning to pile on the runs since the dismissal of Jehan Mubarak. Karunaratne and Chandimal have done exceedingly well so far as Yasir Shah looks for his fifth wicket.

Jehan Mubarak is dismissed after getting off to a good start. He is stumped off the bowlingof Yasir Shah, who picks up his fourth wicket of the day. Yasir has picked up the last four wickets to fall. Dinesh Chandimal is the new batsman for the hosts.

Dimuth Karunaratne scores his second Test century and is the first Sri Lankan to score a ton at Pallekele. He has made the best of this opportunity and will look to bat till stumps.

Opener Karunaratne nears his century and Jehan Mubarak is giving him good support at the other end. The duo have put on over 50 wickets for the fifth wicket and will hope to carry on till lose of play.

Play resumes after tea with both both batsmen playing with a positive mindset. Pakistan have their tail up after anexcellent show in the previous session and will look to strike early.

Yasir Shah’s three wickets have helped Pakistan claw their way back in this match. The final session will be very crucial for both teams, but Pakistan have the momentum going into the tea break.

Skipper Angelo Mathews is dismissed after he goes against the spin against Yasir Shah, who has picked up his third wicket. Another comeback man, Jehan Mubarak is the new batsman. Mubarak has had a good domestic season and will look to transform that into the match.

Lahiry Thirimanne loses some patience and is caught at mid off. Skipper Angelo Mathews is the new batsman and he will look to provide good support to Karunaratne, who is batting extremely well at the other end.

Karunaratne gets to his seventh Test fifty. He has played extremely well so far and looks set for a huge score. All he needs is a some good suppirt at the other end. Thirimanne, meanwhile takes 17 deliveries to get off the mark.

Pakistan finally get a breakthrough after toiling hard. It’s Yasir Shah, who strikes. Tharanga, who was looking set, went for an expansive shot outside off and took an outside edge, ricocheted after hitting the wicket keeper and went to Younis Khan at first slip. Lahiru Thirimanne is the new batsman.

Sri Lanka come out with a positive approach lunch and look t pile on more misery on the Pakistan bowlers. Pakistan will want to pick up a few wickets to ease the pressure on themselves.

Sri Lanka go into lunch at a comfortable position. Karunaratne and Tharanga have batted very well and have guided their team to a position from where they can look to score some quick runs in the second session and put the bowlers under pressure.

Sri Lanka are carrying on with a decent run rate. Pakistan seem to be getting some bounce but they are unable to trouble the batsmen with it. With lunch just around the corner, Sri Lanka will not want to lose any further wicket.

Sri Lanka have brought up their 50 and the batsmen at the crease have looked comfortable ever since Sri Lanka lost an early wicket. Pakistan have also used a review on the way.

Sri Lanka have managed to steady things ever since the loss of the early wicket. Pakistan seem to have lost the early initiative they got. Karunarathne and Tharanga seem to be comfortable for now.

OUT! Kaushal Silva is caught behind off the bowling of Rahat. Silva fished outside off, caught a thick outside edge, safely pouched by the keeper. Some extra bounce too for Rahat.

We are underway at Pallekele Rahat Ali and Ehsan Adil starting proceedings for Pakistan. Rahat gets some movement and gets the edge off the very first delivery he bowls. Ehasn bowls well but he too concedes a boundary. Sri Lanka batsmen looking to play their shots early on.

Hello and welcome to CricketCountry’s coverage of Sri Lanka vs Pakistan third Test at Pallekele. I am Pramod Ananth and I will be bringing all the updates from the Day 1 of this match here. The series is set for an exciting climax  as it is tied at 1-1. Pakistan stunned everyone with an emphatic 10-wicket win at Galle, but Sri Lanka bounced back in the second Test at Colombo to win the match by seven wickets. READ: Sri Lanka vs Pakistan 2015, 3rd Test at Pallekele, Preview

Both teams rely heavily on their batting and Pallekele has been usually a very good ground for batting but rains have also played spoilsport, so don’t be surprised if it makes another appearance.The last time these two sides played here, in 2012, the match ended in a high scoring draw after Day Two of that test, was washed out due to rain. READ: Yasir Shah becomes quickest Pakistan bowler to 50 Test wickets

Sri Lanka will the services of their legendary batsman Kumar Sangakkara for this Test as he has decided to opt out of it. He will however play two Tests against India, which will be final two matches of international cricket. For Pakistan With a cloud hanging over Mohammad Hafeez’s availability as he is scheduled to fly to India for a bowling assessment test, Shan Masood might get the nod. Also Wahab Riaz will miss out this Test as well. READ: Wahab Riaz’s painful birthday bash 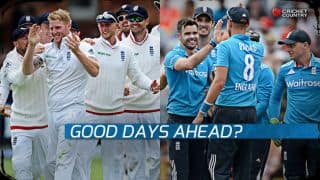 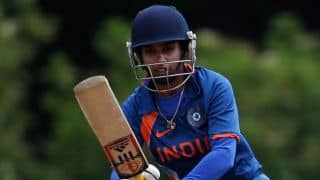