Pakistan will look to deny Sri Lanka a series win when they meet in the third and final Test in Pallekele from Sunday. 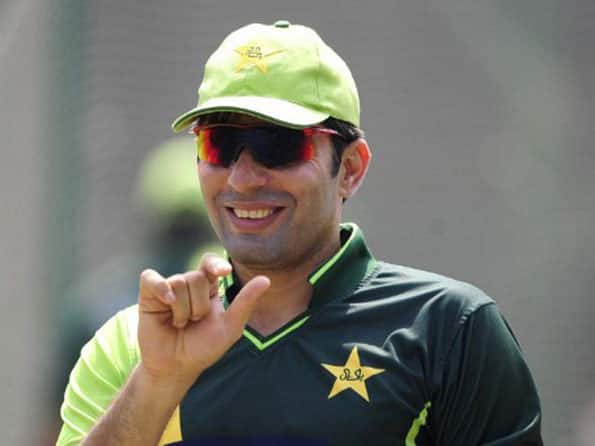 Pakistan will look to deny Sri Lanka a series win when they meet in the third and final Test in Pallekele from Sunday.

Sri Lanka, who won the first Test in Galle and drew the second in Colombo, have their best chance of winning their first series in three years since defeating New Zealand 2-0 at home in 2009.

But Pakistan have been boosted by a gutsy display with both bat and ball in the rain-hit second Test on a placid pitch at the Sinhalese Sports Club (SSC) to aim for a series-levelling win.

“If the weather had not intervened, we could have pushed for a result,” said Pakistan captain Misbah-ul-Haq. “But everyone is encouraged by the way we played the second Test. Hopefully we can repeat that performance in the final Test and draw the series.”

The batting flourished with Mohammad Hafeez making 196 and Azhar Ali 157 in the first-innings total of 551 for six declared after Sri Lanka surprisingly chose to field.

Pakistan then dismissed the hosts for 391, grabbing the last five wickets for 21 runs, after centuries from Kumar Sangakkara and Tillakaratne Dilshan had lifted Sri Lanka to a comfortable 236 for one. Young left-arm seamer Junaid Khan claimed a five-wicket haul on a pitch that offered him no help and was deservedly named the man of the match in the batsmen-dominated Test.

But there was no time to force a result after bad weather allowed just 71 of the stipulated 180 overs to be bowled on the second and third days.

Pakistan had enjoyed an impressive run before the current series, winning seven of their last nine Tests, including a brilliant 3-0 whitewash of top-ranked England earlier this year.

Sangakkara remains main threat but the tourists must find a way to remove Sangakkara cheaply if they are to win the final Test.

The accomplished left-handed batsman made 199 not out in the first Test and 192 in the second, toying with the Pakistan attack that included Saeed Ajmal and Abdur Rehman.

Sangakkara s disappointment at missing out on two double-centuries in successive matches may have faded by the news that he has regained the number one spot in the official rankings for Test batsmen. But Sri Lanka s batting has proved vulnerable in the current series with only Sangakkara and Tillakaratne Dilshan holding the innings together with centuries in both Tests.

Middle-order batsman Thilan Samaraweera has managed a meagre total of 21 runs in the two games, while opener Tharanga Paranavitana and skipper Mahela Jayawardene have struggled to stamp their authority.(AFP)

Catch live score and ball-by-ball commentary of the third Test between Sri Lanka and Pakistan, here

Sri Lanka win toss, elect to bowl against Pakistan in the third Test at Pallekele