Hosts, Sri Lanka will take on South Africa in the first of the short two-match Test series at Galle.

Hosts, Sri Lanka will take on South Africa in the first of the short two-match Test series at Galle. Sri Lanka would be raring to go after they recently won the Test series in England. Angelo Mathews has led them well and under him they have been winning games in recent times. On the other hand, South Africa would be playing the Test match under their new captain, Hashim Amla. He is their first permanent non-white captain.  Catch live scores and ball-by-ball commentary of the first day’s play here

South Africa would look to bounce back after losing to Australia earlier this year at home. They though, did beat Sri Lanka in the just concluded One-Day International (ODI) series. Sri Lanka will depend on their veterans, Kumar Sangakkara and Mahela Jayawardene to come good. Rangana Herath is the key spinner in the setup. Catch the live blog here.

he hosts haven’t made too many changes from the team that won their first ever Test series in England. Pacer, Nuwan Pradeep is excluded and Suranga Lakmal makes a comeback. The heroes of Headingley – Dhammika Prasad and Shaminda Eranga also keep their places. 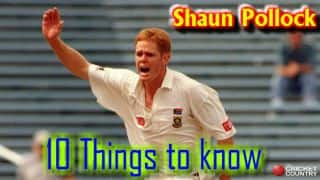 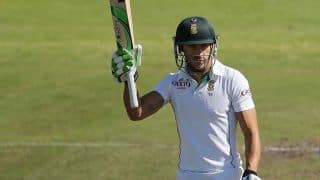