Sri Lanka clash with West Indies in the first semi-final of the ICC World T20 2014.

Sri Lanka clash with West Indies in the first semi-final of the ICC World T20 2014 at Dhaka on April 3. Both the teams entered the tournament as favourites and they have stayed on course with one match away from the final. Sri Lanka topped Group 1 while the West Indies came second in Group 2. The winner of this semi-final will face either India or South Africa in the T20 World Cup final on April 6.

The Lankans won three matches against South Africa, the Netherlands and New Zealand in their group. They did lose to England in a high-scoring match. West Indies lost to India in their opener, but then recorded victories against Bangladesh, Australia and Pakistan to make it into the semi-finals.

Darren Sammy has led by example for West Indies with quick-fire innings against Australia and Pakistan. Rangana Herath produced a brilliant bowling performance against New Zealand to seal Sri Lanka’s progress into the semi-finals. 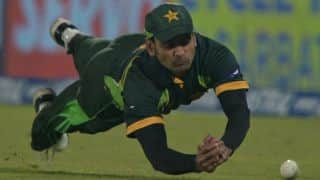 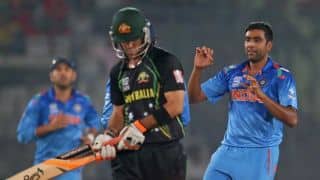