Without a doubt, Sri Lanka’s experienced batting line-up is their biggest asset.

By Ayush Gupta and Sudatta Mukherjee

(Can Zimbabwe win and start the ICC Cricket World Cup 2015 on a good note? Zimbabwe need 280 to win from their 50 overs. Catch Live Cricket Scores here)

Zimbabwe 281/3 | Overs 45.2 — Zimbabwe win by seven wickets. Major upset for Sri Lanka. Sean Wiliams also scores his fifty. He was unbeaten on 51 from 46 balls. Hamilton Masakadza was unbeaten on 117 from 119 balls. Lasith Malinga goes wicketless. Angelo Mathews has to do a lot of homework before the ICC Cricket World Cup kicks off.

Zimbabwe 245/3 | Overs 41 — Hamilton Masakadza bring his century. A very good innings by the experienced batsman. He has hit eight fours and three sixes. Sean Williams, who picked up three wickets, is not out on 36. Zimbabwe need 35 runs from nine overs.

Zimbabwe 200/3 | Overs 35 — Hamilton Masakadza is edging towards his hundred. Along with Sean Williams, they have steered the Zimbabwe innings to 200. Despite a settled batsman Brendan Taylor being removed, Zimbabwe have looked to be in the driver’s seat. They need 80 runs from another 15 overs. Good start for the African nation.

Zimbabwe 164/3 | Overs 30 — Tillakaratne Dilshan removes Brendan Taylor. He goes for 63 from 68 balls. Sean Williams is the next batsman. Hamilton Masakadza is on 58 not out from 70 balls. Zimbabwe require 116 another from 120 balls. Sri Lanka have already used nine bowlers in the match so far.

Zimbabwe 152/2 | Overs 26 — Hamilton Masakadza brings about his half-century. That has been a good partnership and batting by Masakadza and Brendan Taylor against Sri Lanka. Masakadza is not out on 51. Taylor is not out on 60. Zimbabwe also cross 150-mark. Zimbabwe need 139 28 from 144 balls. Sri Lanka introduce Rangana Herath into the attack. Can he break this partnership?

Zimbabwe 132/2 | Overs 23 — Brendan Taylor has reached his half-century. He is 52 not out from 54 balls. Zimbabwe need 148 runs from 162 balls. Hamilton Masakadza is on 45 not out from 45. A very good start for the two batsmen. Sri Lanka should be worried about the partnership. Jeevan Mendis and Tillakaratne Dilshan have been introduced into the bowling attack too.

Zimbabwe 91/2 | Overs 17 — Hamilton Masakadza and Brendan Taylor have taken things in their hands, after initially hiccups. Zimbabwe still need 189 runs to win. The duo have already formed a partnership and if they can hang around and build a huge partnership, Zimbabwe have chances of winning this match. However, Sri Lanka have a good bowling line-up. Lasith Malinga has bowled only four overs till now.

Zimbabwe 62/2 | Overs 12 — Zimbabwe so far have played sensibly without any glitch. Having lost just two wickets within the first 12 overs, they seem to be in control so far as they don’t wish to take undue risks at the early stage and wish to keep wickets intact till the later stage to chase down the target of 280 set by Sri Lanka. Sikandar Raza and Chamu Chibhaha are the two man to be dismissed so far for mere seven and 20, respectively. OUT! Sikandar Raza c Thisara Perera b Nuwan Kulasekara 7 (18), Chamu Chibhabha c Karunaratne b Lakmal 22 (22).

Sri Lanka 250/7 | Overs 45 — Well, it’s 45 overs and Sri Lanka have managed 250 on the board for the loss of seven. Jeevan Mendis too scored his half-century off 46 deliveries and is unbeaten while Perera has been dismissed for mere 17 after being caught by Sean Williams off his ball, followed by Kulasekara for nine. Would be interesting to see, how much more the can the Lankans get on the board from hereon.

Sri Lanka 187/5 | Overs 36 — Another good 12 overs for Sri Lanka as they lose just a couple of wickets, but keep scoring the all-important runs. 67 runs added in the last 12 overs as Chandimal and Karunaratne are the two men to be dismissed for 29 and 58, respectively by Prosper Utseya and Solomon Mire. Jeevan Mendis and skipper, Angelo Mathews come in as they bat on 19 and zero, respectively.

Sri Lanka 120/3 | Overs 24 — Sri Lanka are in control so far following their two quick loss of wickets, seven over back, as Karunaratne and Chandimal continue to bat on 26 and 16 respectively. Zimbabwe have so far given a good performance and a couple of wickets here could surely see them back in the match.

Sri Lanka 91/3 | Overs 17 — Two quick wickets lost by Sri Lanka as opener, Thirimane and Jayawardene have been dismissed for 30 each. Thirimane was run out by Elton Chigumbura, while Jayawardene was dismissed by Twande Muapriwa after being caught by Chris Ervine. This has led to two new batsmen, Dimuth Karunaratne and Dinesh Chandimal to come in, who are batting on 10 and three, respectively. OUT! Lahiru Thirimane run out 30 (39), Mahela Jayawardene c Ervine b Mupariwa 30 (33)

Sri Lanka 47/1 | Overs 8 — Sri Lanka are off  to a mild shaky start as they have lost a wicket in the form of their veteran experienced pro, Kumar Sangakkara, who was dismissed cheaply for for eight by Tinashe Panyangara after being caught by Sean Williams. Nevertheless, opener, Lahiru Thirimane and veteran, Mahela Jayawardene have held the innings so far with the score of 19 and 18, respectively. OUT! Kumar Sangakkara c Williams b Panyangara 8 (9)

Hello and welcome to CricketCountry’s coverage of the ICC World Cup 2015, 9th warm-up game between Sri Lanka and Zimbabwe from the beautiful renovated Adelaide Oval at Adelaide. I am Ayush Gupta and I will bring you the live updates of the match.

Without a doubt, Sri Lanka’s experienced batting line-up is their biggest asset. The onus will be on Dilshan to provide fireworks at the top and Mathews to play the role of a finisher later in the innings. These four batsmen will have the responsibility of getting the rest of the line-up to bat around them. Their best bowler of 2014, Ajantha Mendis, has inexplicably been dropped, while an injury to Dhammika Prasad has weakened their already suspect bowling attack. ICC Cricket World Cup 2015: SCHEDULE & MATCH DETAILS

Since ICC World Cup 2011 Zimbabwe have won only two ODI series, that too against Bangladesh at home. Their major breakthrough in recent times have been the drawn Test series against Pakistan in September 2013 in home And their three-wicket win over Australia in 2014-15. The side will be greatly dependent on senior players like Elton Chigumbura, Brendan Taylor and Prosper Utseya. Leading the team will be Chigumbura, an all-rounder with over 150 ODIs under his belt. ICC Cricket World Cup 2015: POINTS TABLE

Mathews is captaining the side in a World Cup for the first time. After a slightly shaky start, he has grown into the role admirably. He recently scored his first ODI century as well. The current team does not have Vusi Sibanda, Malcolm Waller, Shingi Masakadza or Tatenda Taibu, and will be over-reliant on a few players. 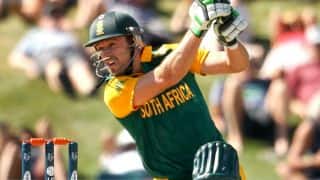 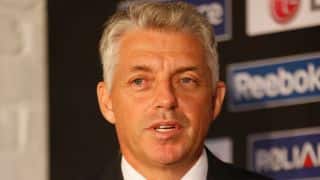