Bangladesh will start their campaign in the West Indies with a three match One-Day International (ODI) series.  2014 so far has been a dreadful year for Bangladesh cricket. They have won nothing so far and their Asia cup and ICC World T20 campaign (on home soil) were forgettable to say the least.  They even lost to teams like Afghanistan in ODIs and Hong Kong in T20s. Their best player and current number one Test all-rounder, Shakib Al Hasan was banned by Bangladesh Cricket Board (BCB) for disciplinary reasons.

In this circumstances the Mushfiqur Rahim-led team will be commencing their third full tour of the West Indies with a three match One-day series, starting on Wednesday. 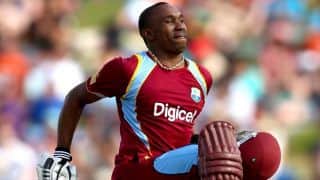