Catch live cricket scores and updates of the third day's in the second Test here.

West Indies are well on course for a win in their 500th Test appearance as they dominated Bangladesh on Day Two of the second Test at St Lucia. Going in to the third day, Bangladesh need another 76 runs to avoid a follow-on. They are 104 for seven. At one stage Bangladesh were 62 for two and in a space of 27 runs.

The star of the day was Kemar Roach who ran through the visitor’s batting. He scythed though the middle order with a spell of five for 33 to send Bangladesh stumbling.

Taijul Islam slogged about for a while, but was soon dismissed, slashing hard to third man to give Roach his five-wicket haul. In between, Jerome Taylor snared Mominul Haque with a well-directed short ball, and broke through Mushfiqur Rahim’s defense to pick up a couple of wickets for himself. 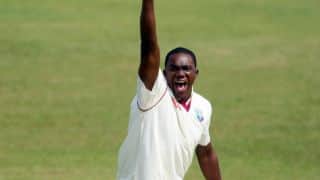 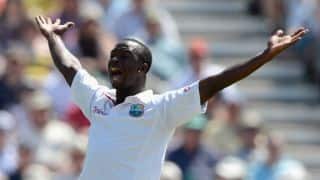