Catch live scores and live updates of the match here.

West Indies face Bangladesh  in the one-off Twenty20 International at Warner Park in Basseterre. The hosts will look to extend their domination in the limited-overs engagements of the tour after having whitewashed the three-match One-Day International series earlier this month.

West Indies completed a clean sweep of the three-match one-day international series against Bangladesh with a 91-run victory in the third ODI. Denesh Ramdin blazed 169 and dominated a 258-run third-wicket partnership with Darren Bravo (124) to pace the West Indies to 338 for seven batting first. It was the highest partnership for any wicket for the Caribbean side in ODIs while the total was their fifth-highest.

Needing a monumental effort to even be competitive after their capitulation for just 70 in the second one-dayer in Grenada three days earlier, Bangladesh were boosted by a 99-run third-wicket stand between Tamim Iqbal (55) and skipper Mushfiqur Rahim but were never really in the hunt and could only manage 247 for eight in reply. 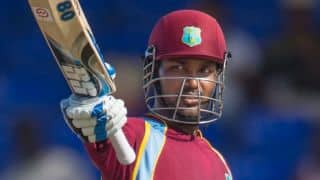 Live Scorecard: West Indies vs Bangladesh, only T20I at Basseterre 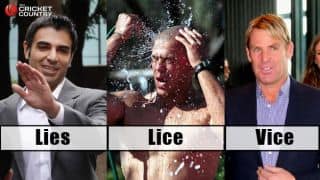