West Indies trail Australia by another 460 runs, with just four wickets left in their first innings.

After yet another one-sided day that saw the Australia dominate the hapless West Indies both with bat and ball on Sunday, the two sides meet for Day Three of the Boxing Day Test at the Melbourne Cricket Ground (MCG). Australia appear set to clinch victory in the game, which the second of the three-Test series, by the third day, and gain an unassailable 2-0 series lead at the same time. West Indies were reeling at 91 for six at the end of the second day’s play, with Darren Bravo remaining unbeaten 0n 13 as the last ray of hope for the visitors to be able to accomplish on Day Three, however faint the hope may be. Australia will to get Bravo’s wicket early on Monday, which should positively end all West Indian hopes for bringing the match back to life, and should demoralise them even further. LIVE CRICKET SCORECARD: Australia vs West Indies 2015-16, 2nd Test at Melbourne, Day 3

Australia began the second day after resuming from their overnight score of 345 for the loss of three wickets, with skipper Steven Smith and Adam Voges starting on a slow note for the first few overs before sending the ball to all corners of the ground to collect runs with utter ease. Smith eventually brought up his 14th Test ton to make up for the blip with the bat in the previous game at Hobart, while Voges continued his impeccable form with the at, bringing up his second consecutive century and fourth overall to eventually remain unbeaten on 106. The duo added an unbroken 223-run partnership for the fourth wicket before skipper Smith decided to declare the innings, with 205 of the runs coming on the second day itself. LIVE CRICKET SCORECARD: Australia vs West Indies 2015-16, 2nd Test at Melbourne, Day 3 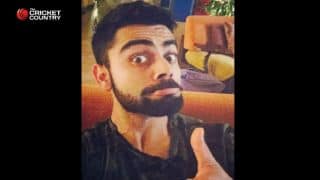