Minnows, Bangladesh take on one-off South Asian giants, Pakistan in the second of the three-match One-Day International (ODI) series, at the Shere Bangla National Stadium in Dhaka on Friday. Bangladesh are already a match up in the series, winning the opening ODI by 79 runs. LIVE Scorecard: Bangladesh vs Pakistan, 2nd ODI at Dhaka

Bangladesh however, cannot afford to go complacent following the historic victory, and must prepare harder than ever in order to justify their tag as the series favourites, which was bestowed upon them even before the Pakistan landed in the country. The hosts now hold a chance to win the three-match series after their return to international cricket following a quarter-final exit from the ICC Cricket World Cup 2015. LIVE Updates: Bangladesh vs Pakistan, 2nd ODI at Dhaka

Despite the mishit, Mahmudullah may not necessarily lose his spot in the second one-dayer to Mominul Haque. Skipper Mashrafe Mortaza, who missed out on the first game due to a one-match ban imposed on him, gave Mahmudullah an opportunity after a couple of average outings during the group stage of the recent mega-event and the batsman returned the favour handsomely in the form of back-to-back centuries against England and new Zealand. 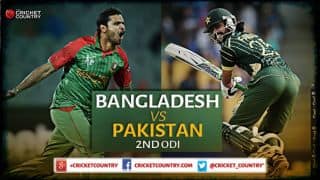 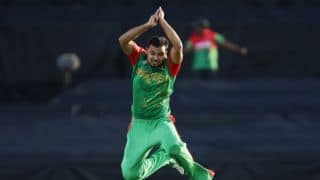