South Africa will be looking to salvage some pride by winning the final Test.

India take on South Africa in the fourth and final Test Feroz Shah Kotla at New Delhi. India already lead the series 2-0 after securing comprehensive wins in the Mohali and the Nagpur Tests. South Africa have not managed to give India any fight whatsoever and as a result India have dominated them in all the matches. The match at New Delhi will be their last chance to redeem themselves in the series. They cannot level or win the series but a win will give them a lot of confidence and the scoreline at the end of the series will not look particularly bad. Live Cricket Scorecard: India vs South Africa 2015, 4th Test at Delhi

India on the other hand will be looking to wrap up the series 3-0, South Africa had won the T20 International (T20I) and the One-Day International (ODI) series prior to this and went into the Test series with the upper hand. But after a 108-run thrashing at Mohali, they were completely demoralised and never managed to recover after that. The second Test at Bengaluru ended in a draw after 4 full days were completely washed out. India vs South Africa 2015, 4th Test at Delhi: Preview

South Africa have confirmed that Dale Steyn will not play the the final Test. Marchant de Lange was called up as cover for him, but he did not play the earlier Test and it is unlikely that he will play the last Test too. With Kyle Abbott also in the squad, he will be the prefered pacer ahead of de Lange if the need arises. The Proteas might look to drop Kagiso Rabada for Abbott as the former has had an ordinary series. India will look to play three spinners, which has worked wonderfully well in the series. Although they might make a change ot two in the batting order as the series has already been sealed. 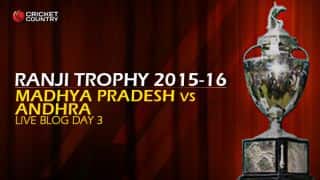