It could be a runs galore at the Feroz Shah Kotla in Delhi.

Both KKR and DD have had mixed starts to their IPL 2015 campaign. KKR won their opening game to Mumbai Indians (MI) at home, followed by a loss to RCB, again at home, but bounced back to wining ways as they defeated Kings XI Punjab (KXIP) at Pune. DD lost to Chennai Super Kings (CSK) in the opening game at Chennai, followed it up with another loss to Rajasthan Royals (RR) at home and are now on a roll after back-to-back victories against KXIP at Pune and Sunrisers Hyderabad (SRH) at Vishakapatnam. LIVE Updates: Delhi Daredevils vs Kolkata Knight Riders

It could be a runs galore at the Feroz Shah Kotla in Delhi, as the ground is small and both sides have quite a few explosive batsmen at their disposal. The winner is of this match is a little difficult to predict as both teams are coming at the back off morale boosting wins. But DD have the home advantage, but they have a gruesome task of restricting the defending champions and registering their third straight win in the tournament. IPL 2015: Complete Coverage

IPL 2015: Delhi Daredevils vs Kolkata Knight Riders at Delhi, pick of the tweets 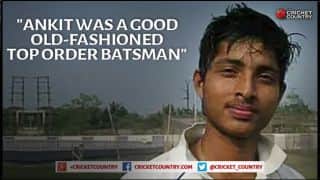