Hosts Pakistan take on visitors England in the third of the four-match One-Day International (ODI) series at the Sharjah Cricket Association Stadium on Friday.

Hosts Pakistan take on visitors England in the third of the four-match One-Day International (ODI) series at the Sharjah Cricket Association Stadium on Friday. Pakistan, who started off well in the series with an outright win in the opening game, succumbed to a defeat in the next game as England bounced back well enough to deliver the sucker punch and draw back level in the series. With just a couple of games now remaining in the series, it would be a fresh start for both the teams as they would look to fight it out and take the lead from hereon as well as stay in the driver’s seat. LIVE SCORECARD: Pakistan vs England, 3rd ODI at Sharjah England were clinical in the previous ODI. Their area of biggest improvement was their top-order batting which failed miserably in the first game. Openers Jason Roy and Alex Hales curbed natural aggression to some degree and posted a partnership of over hundred runs. Roy got out in his fifties but Hales batted on for a hundred. Joe Root also proved his mettle scoring a solid 63. England were not quite able to cash in on a solid foundation and managed to post just 283 for five in their fifty overs but the pitch was not exactly conducive to explosive batting. Wahab Riaz was the stand out bowler for Pakistan yet again taking three wickets and conceding just 43 runs in his 10 overs. Yasir Shah took a beating on the day and looked a pale shadow of his Test-match self. LIVE UPDATES: Pakistan vs England, 3rd ODI at Sharjah 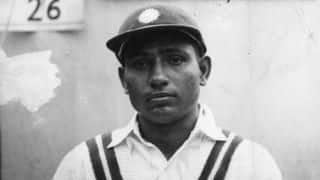 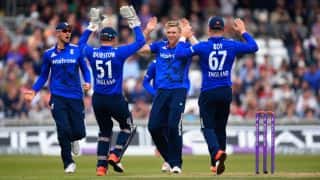