Pakistan have inched the West Indies by mere two points for the qualification for the 2017 ICC Champions trophy.

With already having sealed the One-Day international series against Sri Lanka by 3-1, Pakistan have inched the West Indies by mere two points for the qualification for the 2017 ICC Champions trophy (CT), that will be hosted yet again by England. It was mandatory for Azhar Ali-led side to beat the Sri Lanka by 3-2 or better, so their CT berth is in no danger even regardless of the result of the fifth and final ODI between the two teams that will be played on Sunday at Hambantota. Live Cricket Scorecard: Pakistan vs Sri Lanka 2015, 5th ODI, Hambantota

However, the legendary Pakistan cricketer Javed Miandad has urged the Pakistan side to remain consistent after the Sri Lanka series in order to lift themselves to the top four as he believes the players belong there and not at the bottom of the table.

Meanwhile the Lankans, who comfortably stand fifth in the CT qualification table, have to figure out what can be revised for the betterment of the team. They definitely do not stand among the teams that lose both Test and ODI series at home. In their defence, skipper Angelo Mathews keeps repeating that the current state of the team is due to the exit of high-profile players like Kumar Sangakkara and Mahela Jayaardene. READ: Pakistan rise up ICC ODI rankings, inch closer to Champions Trophy berth

On the other hand, visitors’ top order is having the series of their life. The run machines, Azhar Ali, Ahmed Shehzad and Mohammad Hafeez have been making sure that their side does not fall short of runs, be it chasing or the first innings and to the team’s delight the three have been receiving consistent support from the experienced batsman Shoaib Malik, who always ensured that the finishing job was done with style—two half-centuries and three not-outs from four innings for the 33-yer old middle-order batsman. 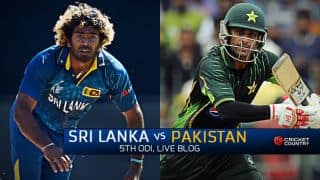 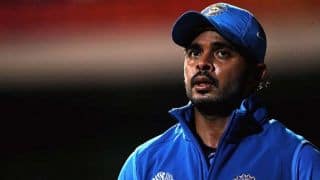