England started off in a really good position as they were already leading by 261 runs. Joe Root was unbeaten at 60 and started the batting on Day 4 with James Taylor. England finished off their innings with 326 runs on board and South African openers didn’t fail to give a good start as well. Dean Elgar and Stiaan Van Zyl helped their side to put up fifty runs in 9.5 overs. Dean Elgar, who scored an unbeaten 118 in the last innings for South Africa, didn’t fail to perform on Day 4 as well. England got their hands on the game as they made a comeback win Steven Finn. Finn dismissed a well set Elgar after he scored a 71-ball 40 and gave England a positive point.  Live Cricket Scorecard: South Africa vs England, 1st Test at Durban Day 5

Finn didn’t stop there as he went on to pick South African captain Hashim Amla for a mere 12. AB de Villiers, along with Faf Du Plessis, settled things a bit. They formed a partnership of 48 made from 24 balls before he was dismissed by Finn in the final of the day. Another successful bowler for England has been Ben Stokes who picked Stiaan Van Zyl for 33. Live Cricket Score, South Africa vs England 2015-16, 1st Test, Day 5 at Durban

The hero of the match for England has to be Steven Finn as he registered a figure of 3 for 27 at stumps while it is the usual AB de Villiers for South Africa who has kept the hops alive with an unbeaten 37. Along with him at the crease is Dale Steyn and the both are supposed to open the batting on Day 5. 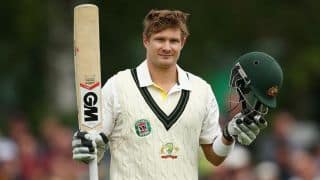 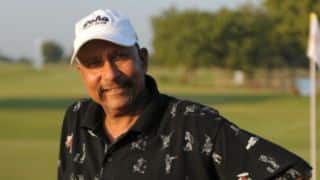 Syed Kirmani to reveal discrimination faced by him in autobiography