West Indies face off against South Africa on Day 4 of the third and final Test of the three-match series at the Newlands stadium in Cape Town on Monday. West Indies are batting in their second innings with a score of 88 for the loss of two as Leon Johnson and Marlon Samuels are batting on 37 and 26, respectively.

West Indies were down in the doldrums early in their second innings as Devon Smith was caught down the leg side off Morne Morkel for the old Strangle. When Marlon Samuels walked out to the middle those 65 runs looked like a mountain to climb.

Johnson would be the man to watch out for as he is batting on 37 and would be interesting to see if he gets to his half-century while Samuels, who has been in a good form from the second game would also be watched out for.

Catch the Live blog of the match here 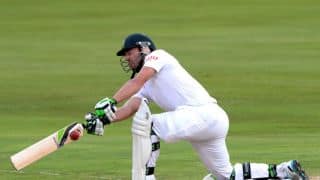 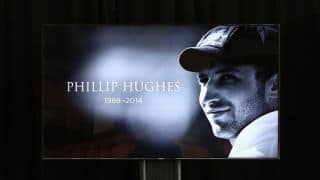