The series is currently locked at 0-0 after the first Test was drawn.

West Indies and England face off in the second game of the three-match Test series at the National Cricket Stadium in St. George’s, Grenada on Tuesday. The series is currently locked at 0-0 between the two sides after the first Test at North Sound in Antigua was drawn. Live Updates: West Indies vs England 2015 2nd Test at Grenada Day 1

The major change in the West Indies lineup is that Suleiman Benn will not be playing the second Test, and will likely be replaced by pacer Shannon Gabriel or spinner Devendra Bishoo. Devon Smith scored a useful fifty in the second innings, and will be expected to anchor the early part of the West Indian innings. The likes of Jermaine Blackwood, Jason Holder and Denesh Ramdin hold key to the middle-order resistance in the event of early fall of wickets. Free Live Streaming: West Indies vs England, 2nd Test, Day 1

In the England camp, the news of James Tredwell‘s injury makes his availability for the second Test doubtful. Jonathan Trott, who was dismissed for scores of nil and four, has retained his place in the opening slot alongside Alastair Cook. Live Scorecard and ball-by-ball updates of the 2nd Test between West Indies and England 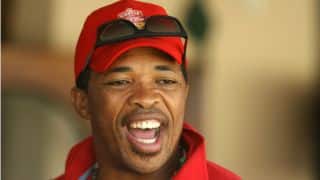 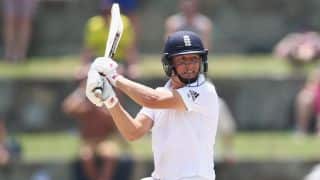