The World Cup is set to begin from February 15, with India defending it's title.

The ICC Cricket World Cup 2015 will be off to a bright start after a brilliant opening ceremony at Christchurch. The ceremony will start on a bright note with some bright performances by people from different parts of the globe, which are countries, who will also participate in the World Cup. There will be  be performances by various singers and also many dancers as they their best to start the ceremony on a bright note. ICC Cricket World Cup 2015: POINTS TABLE

Many former players and current players and captains are expected to be at the this ceremony. The likes of Brendon McCullum, Ab de Villiers, Angelo Mathews and many more are expected to speak at this ceremony ahead of the ICC Cricket World Cup 2015. Many former players like Rod Latham, Gavin Larsson and others will expect the thousands of people, who will be present at Christchurch. ICC Cricket World Cup 2015: SCHEDULE & MATCH DETAILS

Christchurch is slowly getting back to it’s feet after they were struck by an earthquake, which killed about 185 people. This will be a huge boost no only for Christchurch but also New Zealand as a whole. Unlike Australia, cricket is not particularly famous in New Zealand and this World Cup will certainly help in increasing the sports’ popularity.

As the internet user base is expanding every day, the concepts of watching the matches live on the laptops and desktop has taken a massive leap. The people who do multi-tasking, and find themselves without being in front of the television set, can follow the scores as well as the live action. Because of the demand there are several sites which stream cricket matches on the net. Several web portals are streaming cricket matches on the net. But not all of them are trustworthy. Some take you into other domains while some make you click hundreds of links without taking you to the actual streaming page. 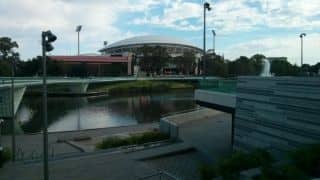