Welcome to CricketCountry’s live cricket blog and updates’ post of Match 10 of the ongoing IPL 2017 between Mumbai Indians and Sunrisers Hyderabad.

Good Evening. शुभ संध्या! Hello and welcome to CricketCountry’s live cricket blog and updates of Match 10 of Indian Premier League (IPL) 2017 between Mumbai Indians (MI) and Sunrisers Hyderabad (SRH). The match will be played at Wankhede Stadium in Mumbai. I, Pramod Ananth, will bring you all the live posts from the match. After successfully completing the Chris Lynn challenge in their previous match, MI face a bigger one this time as they clash against SRH, the only team which is yet to taste defeat in this edition. However, MI will be keen to exploit the home conditions in their favour. LIVE CRICKET SCORECARD, Mumbai Indians vs Sunrisers Hyderabad – Match 10

The task gets difficult with the return of SRH’s pacer Mustafizur Rahman. So far SRH have shown clinical performance with their batsmen as well as bowlers doing well and looking set to clinch the second title. All eyes will be on the Afghan youngster Rashid Khan who earned the Purple Cap in the previous match. The only task for SRH will be to keep their momentum going in away matches as well. SRH had middle-order concerns in the previous season. But with Moises Henriques, Yuvraj Singh and Deepak Hooda adding valuable runs in this season, that problem looks to be sorted. Amongst the pacers, Ben Cutting has not got much under his belt and could make way for Mustafizur.

MI’s show in the matches so far has been similar – a good start, followed by fall of wickets and the pressure mounting on lower-order batsmen. As for the bowlers, MI’s Mitchell McClenaghan is yet to fire in this series with the ball and the side would consider whether to persist with the New Zealander for another game or not.

But the spinners have done their job well and MI will hope that Harbhajan Singh as well as Krunal Pandya continue their form in this game as well.

The head-to-head record between these teams is evenly poised, but SRH would want to break the jinx and secure their maiden victory at Wankhede.

(Pramod Ananth is a reporter at Cricketcountry.com. He is a sport enthusiast and a keen observer of cricket, the contests, and its personalities. When not tracking cricket, he follows the world's soccer leagues and is somewhat partial towards Liverpool. His Twitter handle is @pramz)
First Published on April 12, 2017 7:00 PM IST
Last updated on April 13, 2017 12:05 AM IST
TOPICS:
IPL IPL 10 IPL 2017 MI vs SRH Mumbai Indians SRH vs MI Sunrisers Hyderabad
SERIES:
Indian Premier League, 2017 Match : Mumbai Indians vs Sunrisers Hyderabad 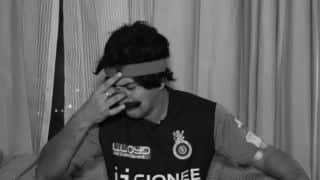