Kayes and Tamim went on to make individual centuries.

Imrul Kayes and Tamim Iqbal stitched a 224-run partnership for the first wicket in the third Test against Zimbabwe played at Chittagong. It was a lethal blend of two fine cricketers who attacked the spineless Zimbabwe bowling attack.

Kayes and Tamim went on to make individual centuries before both were dismissed. Tamim was the more flamboyant of the both. He had earlier blended a hundred at Khulna and followed it here as well. Kayes, who made a comeback after he was out of the team due to skin infection, was promising in his comeback as well.

Interestingly, the previous highest opening stand for Bangladesh was also held by these men. Back in 2010, they had a 185-run opening stand against England at Lord’s. This was also the first time when Bangladeshi openers registered an opening stand more than 200. The 224-run partnership between Imrul Kayes and Tamim Iqbal was the third-highest partnership for any wicket. 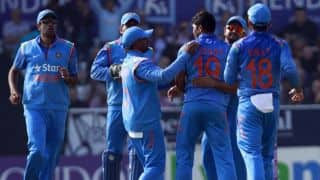