India and England are ready to face each other in the third Test at the Ageas Bowl in Southampton. Catch the Live Scorecard of the match here.

India is currently leading the 5-match series 1-0 after their memorable 95-run win against the hosts at Lord’s, their only second Test win at the ‘Home of Cricket’  ever, and another win for the visitors will pretty much seal the series. England on the other hand have been under a lot of fire after below-average performances in both the Tests in the series so far.

Alastair Cook, in particular, has been criticised by the like of Geoffrey Boycott for his lean patch with the bat as well as his for his captaincy. Others such as Michael Atherton and Michael Vaughan have also been critical of his leadership. Cook will now look to use this opportunity as a means to silence his critics.

The Test also features the debut of Jos Buttler, who has played 33 One-Day Internationals (ODI) and 36 Twenty20 International for England. Buttler, who had to wait two and a half years for a Test cap, has stated that he intends to bring his natural aggressive batting style into the longer format, much like Kevin Pietersen.

The Ageas Bowl, formerly known as the Rose Bowl, is all geared up to host its second international Test match in its 13-year history. The first Test it ever hosted was between England and Sri Lanka in 2011. 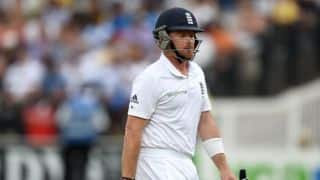