Follow the live scorecard of the only T20 between Australia and Pakistan.

Pakistan face Australia in the only T20 International at the Dubai International Cricket Stadium. This series marks the commencement of a new era for both sides. While Aaron Finch is the new T20 captain for Australia, Shahid Afridi returns in the role this time as Mohammad Hafeez resigned after the ICC World T20 2014. Catch live blog of the match here

Australia have numerous young faces in the side and so do Pakistan. Pakistan would be without Hafeez and that will increase the pressure on Afridi to deliver in both departments. Remember, they are also without Saeed Ajmal in this series as he has been suspended after tests found his bowling action illegal. This series promises to be an interesting one with both sides wanting to go on to win it. There is only one T20, but there are the ODIs and the Tests that lie ahead. Catch live score and ball-by-ball commentary of the Pakistan vs Australia only T20 here 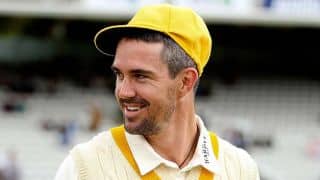