Catch live streaming of the second ODI between Australia and South Africa here.

Australia and South Africa face off in the second One-Day International (ODI) at the Western Australian Cricket Association (WACA) Stadium in Perth on Sunday. Australia are currently leading the series 1-0 after a 32-run win in the first ODI at the same venue, where they reached a total of 300 for eight, thanks to some fine middle-order and lower-order performances. South Africa were then bundled out for 268. Catch the live coverage on startsports.com, and the live telecast of the match on Star Sports 2 and  Star Sports HD 2.

During the course of their 32 run victory in the first ODI at Perth, the hosts lost the services of their regular captain Michael Clarke, due to a hamstring injury. The Australians will, as a result, take on the South Africans under the leadership of George Bailey, who has already captained the ODI team 20 times before and looking at Clarke’s fitness problems, he might end up captaining Australia’s World Cup team as well. 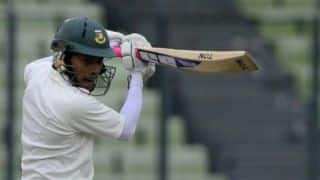