Australia face South Africa in the  third T20 International at the ANZ stadium at Sydney on Sunday. This game is the decider as both sides have won a game apiece in this three-match series. It will be interesting to see how JP Duminy’s men react to Friday’s crushing loss. For the Australians it will be another chance to please their home fans. Catch the live coverage of the third T20 International between Australia and South Africa on starsports.com, and the live telecast of the match on Star Sports 2.

Australia would be a happier unit after the last match. They didn’t do well in the first T20I at Adelaide but made up for it with a brilliant bowling performance on Friday. Cameron Boyce, Pat Cummins and James Faulkner were accurate with the ball. They bowled economically but at the same time kept picking up wickets. Cummins gave away only 11 runs from his four overs and picked up one wicket while Boyce conceded 15 runs and got two wickets. It was one the most clinical bowling displays by Australia in a T20I. Australian captain Aaron Finch, who couldn’t really perform well with the bat last time ,scored 44 runs off only 30 balls, which included eight boundaries. Glenn Maxwell, who was included in the T20I side after the defeat in the first game, failed to shine with the bat as he was dismissed for nought. home-side. 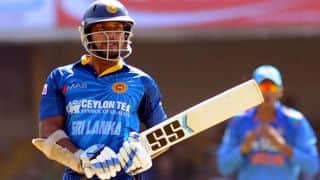