Catch Live Streaming of the 1st ODI between India and England here.

India take on England in the first One-Day International at Bristol on Monday. After the 1-3 drubbing in Tests, Indian team has faced criticism from all sides. Moreover, the change in support staff and appointment of ‘Team Director’ Ravi Shastri has ensured that the visitors grabbed the headlines more often than the hosts. On Monday, India will have to keep aside all the chaos and look to perform in a format where they are ranked No 2. Catch the Live scorecard of the match here

India will be eager to get in to the groove with some new faces in the team. Apart from the regular ones, India have Sanju Samson, Dhawal Kulkarni and Karn Sharma. It will be interesting to see whether India include these players in their XI. Rain has been a threat for this match. England on the other hand are a settled side. They have decided to include Alex Hales in the XI.

Catch live blog of the India vs England 1st ODI 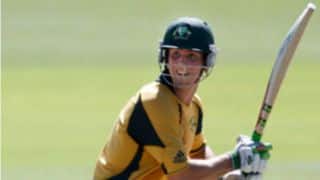