Catch Live Streaming of the fourth day's play between India and England here.

Ishant Sharma kick-started a fine display by India’s seamers as the tourists maintained their grip on the first Test against England at Trent Bridge on Friday.England were 352 for nine in reply to India’s first innings 457, a deficit of 105 runs, at stumps on the third day, reads an AFP report. Catch the Live Scorecard of the third day’s play between India and England

After resuming on 43 for one following struggling skipper’s Alastair Cook’s exit for five on Thursday, England got through Friday’s morning session without losing a wicket.But all that changed after lunch as Sharma, the only member of India’s attack to have previously played a Test in England, took three for 29 in seven overs to turn 131 for one into 172 for four.

Significantly, the tall paceman gained a measure of reverse swing that had largely eluded England’s seamers as he countered a still-docile pitch.”I’ve played enough matches to know what length I need to bowl on, if the ball is reversing or swinging normally,” said 25-year-old Sharma, now in his 56th Test.

Catch the Live Blog of the Fourth Day’s play here 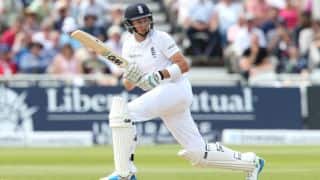 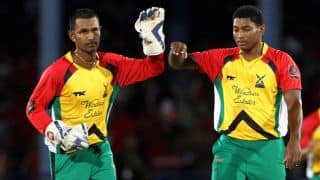