India will aim to make a positive start to their five-match One-Day international series against England.

India will aim to make a positive start to their five-match One-Day international series against England when they take on the hosts in the second game at the Sophia Gardens in Cardiff on Wednesday. The first match of the series was washed out on Monday. Catch LIVE BLOG of India-England 2nd ODI here.

According to PTI, during the training session ahead of the match almost every batsman concentrated on hitting out in a bid to get away from the Test mindset. MS Dhoni himself led the way, with Rohit Sharma and Stuart Binny also using their long handles well. Suresh Raina too had a little hitting-out session towards the end. While their hits cleared the nets and the ground-limits with ease, it was a pity that they didn’t get to test the ground’s small boundaries on Monday. Even so, it wasn’t easy to identify which players could be the ones in the Indian playing eleven.

Usually they practice as per the intended batting order, but this wasn’t the case. There was no particular order observable and it almost seemed that they wanted to confuse those watching. Dhoni had not given any hints in his pre-match press conference either, but he did mention that Rohit Sharma had done a decent enough job as opener. The live streaming of the match can be watched at starsports.com. 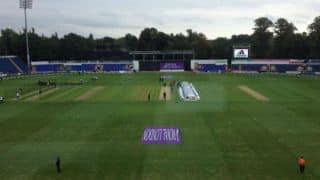 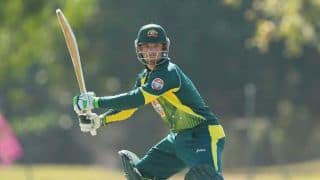