Catch the live streaming of the second Test match here.

England will resume of 214 for the loss of six wickets against India at Lord’s on the third day of the second Test match. England struggled in seaming conditions on Friday. However, Gary Ballance showed grit and application to make a fine hundred. He was well supported by Moeen Ali, the talented left-handed played some fine strokes. For India, Bhuvneshwar Kumar, the swing bowler bowled with good control and swung the ball. Catch Live Streaming of the second Test between India and England here

Earlier, India were bowled out for 295 runs on the board. It was Ben Stokes, who took the last wicket to fall. James Anderson took four wickets for England. Stuart Broad too bowled well and took  two wickets. However, it has to be said that when India were 14 for the loss of seven wickets, England would have believed that they have a chance to dismiss the Indian team much earlier. Catch the Live Blog of the match here

The weather can also play a part in the Test match, as a few showers are expected to play spoilsport on Saturday. The track is expected to help the seamers for the entire duration of the Test match. Hopefully, it can turn into an interesting day’s play with wickets falling and runs being scored. Catch the Live Scorecard of the match here 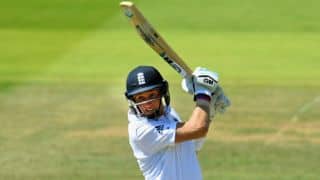 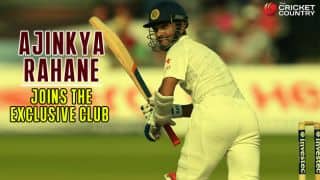