India lead the series 1-0 having won the second ODI by a huge margin of 133 runs.

India will clash with England in the third One-Day International (ODI) of their five-match series at Trent Bridge on Saturday. India lead the series 1-0 having won the second ODI by a huge margin of 133 runs at Cardiff. Catch LIVE BLOG of the India vs England 3rd ODI here.

According to PTI, buoyed by their big victory that was achieved on the back of a clinical all-round display, a rejuvenated India will look to continue the winning momentum and take an unassailable 2-0 lead when they lock horns with England in the third One-Day International (ODI) on Saturday. The first ODI in Bristol was abandoned without a ball being bowled and India hammered the hosts by 133 runs (D/L) in the second game in Cardiff to take a 1-0 lead in the five-match ODI series.

Having recorded his first century outside the sub continent with a blazing 75-ball 100, Suresh Raina will look to carry on in same fashion while Ravindra Jadeja was the pick of the bowlers in the second game. The live streaming of the match can be watched at starsports.com. 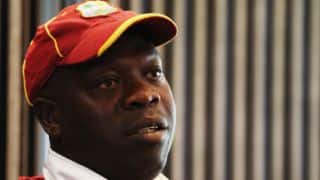