Catch Free Live Streaming of the 3rd Test between India and England here.

India and England are ready to battle it out on the second day of the third Test in the ongoing five-match series at the Ageas Bowl in Southampton. England, who crumbled to a 95-run defeat in the second Test at Lord’s, batted superbly on the opening day of the Test to reach a commanding total of 247 for the loss of two wickets. The highlight on the day was the 158-run stand between Gary Ballance (104*) and Alastair Cook (95). While Zimbabwe-born Ballance reached his third Test century, Cook finally managed to silence his critics by scoring a much needed half-century, falling just five runs short of a well-deserved ton. Catch Live Streaming of the 3rd Test at starsports.com and live telecast of the match on Starsports. Catch the Live Scorecard of the match here.

The free live streaming of cricket matches is rapidly becoming a new rage in the online media and is catching up with lot of cricket fans. Catching the free live streaming of cricket matches on the internet, and watching this online is a safe bet if one is not near the television. The Ageas Bowl, formerly known as the Rose Bowl, is currently hosting its second international Test match in its 13-year history. The first Test it ever hosted was between England and Sri Lanka in 2011. 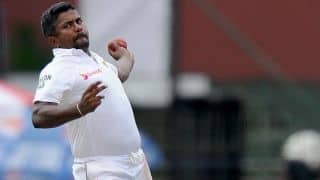 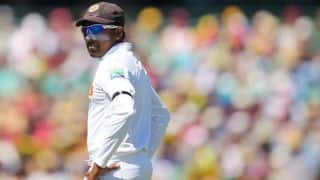