Catch the live streaming of Day 1 of fifth Test between India and England here.

India will face England for the final time in this ongoing Test series at the Oval on Friday. India will look to win this Test match at any cost in order to avoid yet another overseas Test series defeat. Captain Mahendra Singh Dhoni will be under a lot of pressure and he will look to answer his critics. They need to get their act together in order to win this Test match. Batsmen like Virat Kohli, Cheteshwar Pujara, Gautam Gambhir needs to get themesleves on to the scoring wheel. Catch the live streaming of India vs England, 5th Test, at Starsports.com

On the other hand, Alastair Cook and company are basking in glory as their confidence levels have gone sky high after consecutive win against India. Cook has managed to get himself back to form, and so did Ian Bell. Joe Root has been their star batsman. The bowling department has already proven their worth. Cook believes that James Anderson, Stuart Broad and Moeen Ali gave him the extra bit of throttle that was required to boost the entire team up. 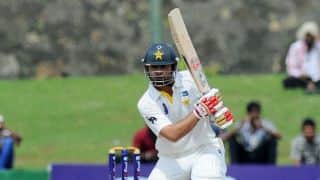 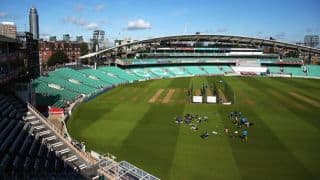 India vs England 2014, 5th Test at The Oval: Start delayed due to wet outfield