India, being the home team would be comfortable with the conditions.

South-Asian giants, India and Sri Lanka face-off in a five match ODI series after West Indies called off their tour of India recently last month. With India set to take the might Lankans in the first ODI at the Barabati stadium in Cuttack, both the teams would look to get off to a flying start right from the beginning in order to put early pressure on the opponent team.

India, being the home team would be getting all the support from the crowd and also be comfortable with the conditions. However, Sri Lanka being a sub-continental team would not find it so tough to play in the Indian conditions and with some good players in the team including the likes of Tillakaratne Dilshan, Kumar Sangakkara, Mahela Jayawardene and skipper Angelow Mathews, it would be an interesting match. However, it would also be interesting from India’s point of view to see how Virat Kohli leads the team as interim skipper instead of regular skipper, MS Dhoni who has been rested for the first three ODIs. Both the teams would also have the number one spot of the ICC ODI Team Rankings on sight which is well up for grab.

Live updates of the 1st ODI between India and Sri Lanka 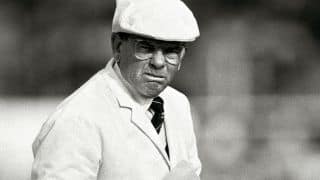