Catch the live streaming of the 5th ODI between India and Sri Lanka here.

India will face Sri Lanka in the fifth One-Day International (ODI) at Ranchi. India are leading the series 4-0, and the last match would be an attempt to complete whitewash. Sri Lanka, on the other hand, will look to salvage some pride before they face the side.

With the series firmly in the bag, India could look to use this opportunity to experiment with the line-up and team composition. With either one of Ajinkya Rahane or Rohit Sharma virtually assured of moving down the order, it could be interesting to try both men out at Nos 3 and 4 respectively. The inclusion of Robin Uthappa means that they can use him to open so that at least one of them can bat lower down. Kedar Jadhav would be hoping to make his debut for India after slogging hard in domestic cricket. Catch the live coverage of the third ODI between India and Sri Lanka on startsports.com, and the live telecast of the match on Star Sports 1 Star Sports 3 and  Star Sports HD.

For Sri Lanka, the team composition is the last thing on their mind. They have been outplayed, outclassed, and thoroughly thrashed in every respect. Their fielding in the last game — Rohit Sharma’s dropped catch cost them 260 runs — was abysmal. Their bowling has been wayward, while their batting has been spineless. Overall, they have looked like a side that wants to be anywhere other than a cricket ground in India. 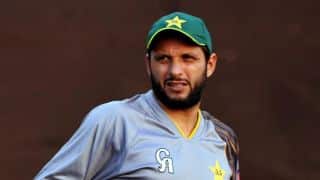