Tom Latham was a relieved man after following in his father's footsteps.

New Zealand opener Tom Latham was a relieved man after following in his father’s footsteps with a Test hundred against Pakistan in Abu Dhabi on Tuesday. The 22-year-old knocked 103 for his maiden hundred on the third day, emulating his father Rod who scored a century against Zimbabwe in 1992. Catch the live coverage of the first Test between Pakistan and New Zealand on tensports.com, and the live telecast of the match on Ten Cricket and  Ten HD.

“I spoke with him [Rod] in the morning and obviously now I have a Test hundred and I know he would be proud,” said the left-hander. Rod and Tom became the third father-and-son pair to score a Test century for New Zealand, and the 11th pair in the world to achieve the feat. Walter and Richard Hadlee and Ken and Hamish Rutherford were the other New Zealand pairs to score Test hundreds.

India’s Vijay and Sanjay Manjrekar and Lala Amarnath and his two sons, Mohinder and Surinder, all scored Test centuries. Nawab Pataudi scored a hundred for England while his son “Tiger” Pataudi hit a hundred for India. Pakistan’s Nazar Mohammad and Mudassar Nazar and Hanif and Shoaib Mohammad also scored Test centuries, as did Geoff and Shaun Marsh (Australia), Chris and Stuart Broad and Dave and Dudley Nourse (South Africa).

But despite Latham’s hundred, New Zealand were dismissed for 262, conceding a big 304-run lead after Pakistan’s 566-3 declared. At the close, Pakistan had extended their lead to 319 with 15-0, AFP reported. 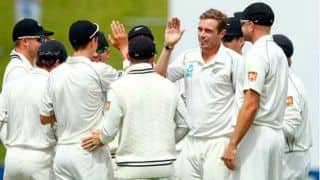 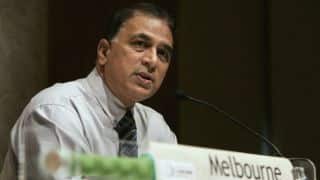