New Zealand will push for victory against Pakistan as they have a 177-run second innings lead in the second Test at Dubai. The Kiwis, however, will have an uphill task to bowl out an in-form Pakistan batting line-up on the fifth day. Catch the live streaming of Day 4 on Ten HD and Ten Sports.

Ross Taylor hit a return-to-form half-century to help New Zealand recover after Sarfraz Ahmed hit a fighting hundred for Pakistan. Taylor was 77 not out for his 23rd fifty to help his team recover from a shaky 79-4 to close the fourth day on 167-6, having an overall lead of 177 with four wickets intact, AFP reported. 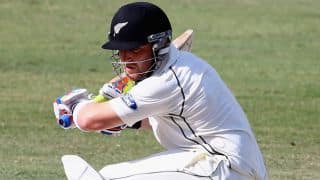