Philander picked up four wickets for 29 as West Indies were bowled out for 201 in the first innings.

Pacer Vernon Philander destroyed the West Indian batting line-up on Day Three of the first Test against South Africa at Centurion on Friday, as the visitors had to follow-on.

Philander picked up four wickets for 29 as West Indies were bowled out for 201 and were 351 runs behind South Africa’s first innings total of 552 for five declared. The pacer struck again in the second innings as he dismissed Devon Smith again. West Indies were 76 for two at stumps on Day Three, and needed 275 runs to avoid an innings defeat.

“We haven’t played Test cricket for quite a while, so obviously there were going to be a few niggles,” said Philander, “but we are happy to carry on bowling. We’ll have to rest well and come back tomorrow.”

Morne Morkel also picked up three wickets in the first innings and another in the second innings. There were a couple controversial decisions which went against West Indies.

Amla, who amassed a staggering knock of 208, said that he was really happy to get some runs on the board and gladthat the team was in a good position , adding that he hadn’t thought of it any further than being another innings for him in Test Cricket, Sport24 reported. 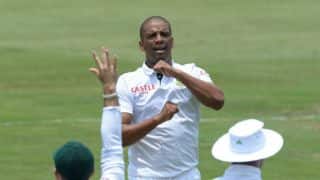 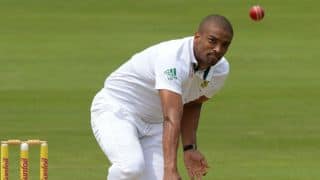