Sri Lanka are all set to take on a low on confidence Pakistan side in the second Test of two-match series in Sinhalese Sports Club (SSC) at Colombo. They already defeated the visitors in a thrilling run-chase at Galle and 1-0 up in the series. But the second Test will have a different atmosphere altogether. More than keeping their lead intact, the Lankans will be focused on notching a win and pay a fitting farewell to their legend Mahela Jayawradene on his home ground.

Hosts will be high on confidence after what they achieved at Galle. A high-scoring first innings for both sides had ensured that it was meandering towards a draw until Rangana Herath spun it back in favour of the hosts. It was a well-oiled performance from the Lankans. And nothing boosts the confidence of the team more than seeing the captain leading from the front. Angelo Mathews has been unstoppable since he took over the captaincy.

Jayawardene, 37, who has already retired from Twenty20 internationals, will quit the longer format after the Test, even though he will continue playing in one-day matches till next year’s World Cup Down Under. The elegant right-hander is one of only five batsmen to score more than 11,000 runs in both Test and one-day cricket — the others being Sachin Tendulkar, Ricky Ponting, Jacques Kallis and team-mate Kumar Sangakkara. 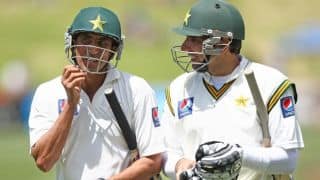