Mahela Jayawardene scored an unbeaten 49 in his last Test innings as Sri Lanka took charge of the second and final match against Pakistan in Colombo on Saturday.  The hosts, who trailed by 12 runs on the first innings, put on a strong batting performance to move to 177-2 in their second innings by stumps on the third day at the Sinhalese Sports Club.

Jayawardene, who was warmly applauded to the crease by Pakistani fielders and some 4,000 home fans, played fluently to strike seven boundaries. Left-handed Sangakkara was unbeaten on 54, with Sri Lanka 165 runs ahead with eight wickets in hand on a wearing pitch expected to assist spinners on the last two days. Sri Lanka, who won the first Test in Galle by seven wickets, are hoping to sweep the short series to give Jayawardene, their former captain, a winning farewell. 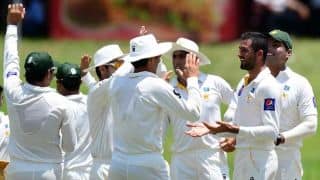 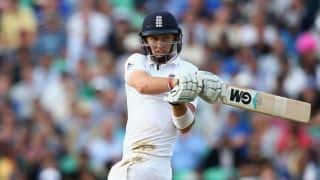